The right team is why we have been able to get the job done year after year. Our goal is to offer the best electronic repair service and repair manuals available at affordable prices to get you back up and running quickly! From routine to more complex electronic repairs, we have the service and reapir manuals the pros trust to complete quality repairs. 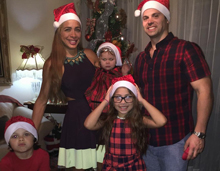 My role as the Chief Operating Officer at SAMS Technical Publishing is first and foremost, to ensure that we are bringing products to the market that help troubleshoot and fix consumer electronics. I am in charge of the day to day operations of the company which includes customer relations, inventory management and purchasing. I enjoy spending time with my wife and three young children, traveling, and catching a football game or two when I can. 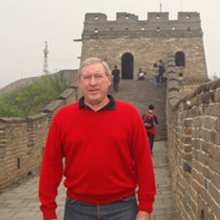 Alan Symons, Chairman and CEO of AGS Capital LLC, was born in Montreal, Canada. He moved to Indianapolis in 1995 and currently splits his time between AGS’s two offices in Indianapolis and Tampa.

Prior to forming AGS, Alan was one of the founders of the 100th federally incorporated insurance company in Canada's history. He served as CEO of this company and oversaw a staff of 1,000 employees. During his course of leadership, sales grew to over $500MM/yr, with earnings in excess of $30MM/yr. Alan has also either led or participated in the purchase and sale of more than seven major insurance companies in Canada, the U.S. and Bermuda. He has successfully taken several companies public and managed a major debt issue. He has led work-out teams that refinanced debt and operations, with substantial returns. Alan is a member of Lloyds of London, and served as President of Lloyds NA Names. Independent of the insurance industry and prior to forming AGS, Alan achieved professional success through dozens of investments throughout Canada, the USA and Mexico. Alan has been involved in investing in numerous startups and turn-around situations. Alan has a passion for helping others succeed and has assisted thousands of people in getting employment and turning their careers into success stories.

In recognition of his business expertise and accomplishments, Alan was honored by Ernst and Young as Entrepreneur of the Year in Indiana. In addition to his business activities, Alan is a vital member of his community. He served as President and Director of the Columbia Club of Indianapolis twice, is a member of Meridian Hills Golf and Country Club in Indianapolis, Indiana and the Oaks Club in Sarasota, Florida.

Alan enjoys playing golf, squash, tennis, skiing, and sailing. Alan is married to Terri, and is the proud father of four boys.